The science is clear: we have until 2030 to make a radical change to the way we live our lives in order for there to be a future for humanity.

That humanity, that's your children, their children and all future generations. Quite an important issue I think. Personally it means a lot to me, knowing that my daughter and any kids she has have a chance of survival. It obviously means nothing to the KCC councillors who have denied the science and are refusing to act to secure a future for our children.

They decided that there is no need to stop emitting carbon until 2050, a full 20 years after the scientists say we need to act. That is simply too late. Do they not understand basic English, the word 'emergency' has a specific meaning. Do they think they know better than the climate scientists? Maybe they will be arguing that the world is flat next?

These people must not be allowed to be in charge of the future.

Martin Whybrow, our Green Party County Councillor for Hythe proposed the original motion to KCC's full council on 23rd May. He issued this statement after Cllr Payne (Tory councillor for Tonbridge proposed the amendment that delayed taking action by 20 years to 2050): “How can KCC NOT agree a carbon neutral target of 2030 when so many councils across the country are doing so? No interest at all from the leader of the council, Paul Carter (who spent the ‘debate’ reading papers); claims of exaggerations from the Tories to scientists’ robust 20+ years research (Sean Holden, Tory, Cranbrook) and the claim of “nebulous, attention-seeking and silly” to setting a target date (Matthew Balfour, Tory, Malling East Rural).

“The dinosaurs hold sway for now but thank heavens for all of our youngsters across the globe who went on school strike again on Friday (including many here in Kent) and all of those, such as XR, who are taking the fight to the streets and demanding our leaders address the biggest threat faced by mankind and all of the species that share the wonderful, fragile planet with us.”

A few pictures from Extinction Rebellion who I was protesting with outside: 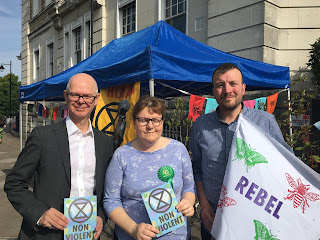 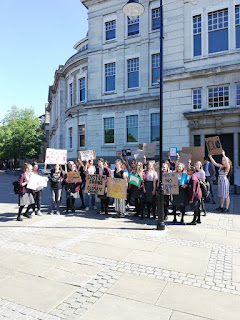 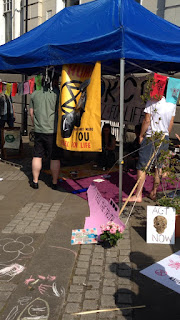 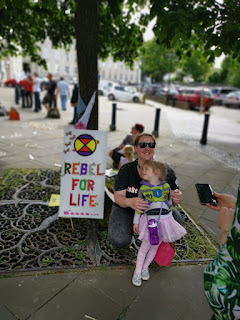 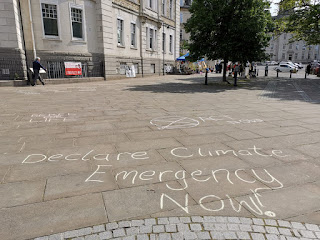