The emerging news that the leave campaigners lied, cheated and were funded by Russia, is a 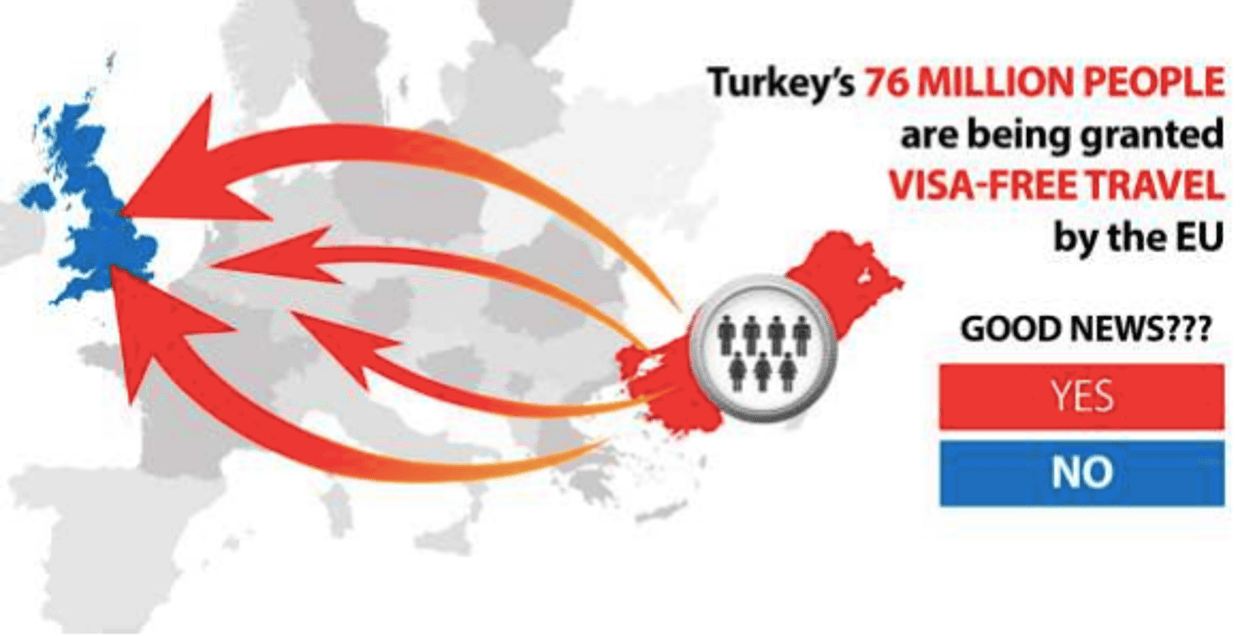 welcome exposé of what many of us knew already. 76 million people in Turkey are not being granted visa free travel to the UK (but so what if they were?). The racist overtones in that advert alone should have had the Advertising Standards Agency and the Electoral Commission throthing at the mouth.

The UK's 65 million people have been granted travel free access to Spain, France, etc. just as Spainish, French, etc. people have access to the UK. But so what? It is a benefit of living in the EU.

But saying that Middle Eastern people are a problem is racist. While the right wingers are bashing Labour for antisemitism (and there are a possibly a few antisemitic people in that party - a Labour councillor is under investigation), the racism of the right is far more widespread and palpable.

And news that the retired British migrants (we call the ex-pats as we like to reserve the term migrant for foreigners...) might lose their pensions under a hard Brexit doesn't seem to have made waves yet. It will be interesting to see what happens when hundreds of thousands of older people migrate back to the UK - older people with health needs and who won't be entitled to free NHS care for 6 months as they have not lived here for a while!

And while the £350m a week to the NHS was an obvious lie and while some claim that it was so obvious that everyone saw through it, I can assure you that some people believed it. The government's announcement of an extra £20bn for the NHS over the next few years was designed to perpetuate that lie as it broadly equates to the £350m p.w. promised. The rise in funding is in line with the rising need driven by an ageing and frail population - it would have had to be funded anyway if the NHS was to stand a chance of surviving.

All this is a crying shame as there is a real debate about the environment, rights, the economy and jobs. Our economy is destroying the planet yet society wants free trade and economic growth. Whether the EU is a positive or negative force for our environment should have been the focus of debate.