Maplin, Toys R Us, Carillion - its beginning to feel a lot like 2008

I don't want be a doom-sayer (yes I know that is my natural outlook) but it is beginning to feel a bit like 2008 with Maplin, Toys R Us and Carillion all going bankrupt in the first couple of months of 2018. Woolworths went under in 2008 and was followed by a string of other businesses as we plunged into economic depression.

I suspect the world stage is quite different this time - the 2008 was a global event. However the fragility of the UK, especially with the chaos that the Tories are making of Brexit, will mean that a relatively small economic knock could bring down the house of cards quite significantly.

One of the noticeable drivers of the 2008 shock was the price of oil. It went over $100 per barrel as predicted by peak oil. It hasn't hit that level since but it has risen steadily to $70 over the past 9 months. High energy prices driven by increased demand over a static supply will tumble across the rest of the economy. 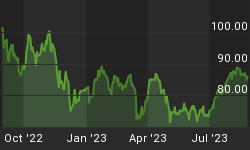 While I am very comfortable with the fact that our economy must shrink - it is over blow and unsustainable - it would be far less painful to shrink it in a controlled manner, one that preserves jobs and homes rather than decimates the lives of those at the less well off end of the economic spectrum.