Brexit: we need to listen to the working classes

We seem to be heading for the worst of both worlds with Brexit and the Greens seem to buying into an aspirational liberal narrative that might feel fine in Islington but doesn't resonate in Thanet.

On the one hand the environmental laws and workplace rights that the EU has given us look likely to be junked, on the other, government want free trade to continue to ensure that our capitalist economy continues. This is the opposite of what I believe to be a green direction but there is one area that is particularly contentious: the free movement of people.

This free movement of people in the EU, the right to live and work anywhere in the EU is much loved by those who benefit from it (of course). Others don't see it that way.

At our spring conference there was a EU motion which included a commitment to free movement especially for the young (although I can't see why they were singled out). A speech against the motion was given by a plumber (I think) from Yorkshire about how wages in his sector were being depressed by immigration. His speech was delivered calmly and rationally and he spoke eloquently about the feelings of his colleagues - normal working class people.

The return speech distressed me. A shouty rant from an Islington Green belittling the feelings of those working class people that the plumber had spoken of. I was tempted to object to the speech but I wanted to listen through to hear the full argument (which wasn't convincing).

These working class people are those who turned out in droves to vote for Brexit. They state they have been forgotten by the political elite and they state they don't have a voice. We surely need to hear their voices even if we disagree with them.

Those working class people are in a different world to the aspirational liberals. Some of them are accessing food banks - over 1 million food parcels were given out last year in this the fifth richest country in the world. The second largest group to receive these were working people on low incomes.

While there is rhetoric in Remain circles that immigration doesn't affect wages, this isn't really true. While overall incomes might not be affected, the impact on specific groups has been demonstrated. Dustmann et all 2008 stated that if capital is freely available then " the economy will absorb the additional labour force simply by expansion" but "the larger concern of the low-skilled population is indeed justified by the evidence" and "wage competition and wage pressure at the low end of the wage distribution"

A study for the Bank of England by Nickell and Saleheen found that immigration "has a small negative impact on average British wages" and "once the occupational breakdown is incorporated into a regional analysis of immigration in Britain, the immigrant-native ratio has a significant, small, negative impact on average wages. Closer examination reveals that the biggest impact is in the semi/unskilled services sector."

We simply cannot ignore the voices of the working classes and of those on benefits. We wouldn't rule out the opinions of any other section of society would we? We pride ourselves in our inclusiveness, we give people inclusion cards to highlight problems during debates yet we seem to be happy to dismiss the feelings of a group of people who clearly feel left behind and ignored.

We have some quite vocal left liberal people in the party, people in that aspirational group who talk of progress and progressive alliances, people now referred to as 'New Affluent Workers'. They have beautiful ideas, great policies and superb ideals but there is a huge danger that we may forget the 'Traditional Working Classes' and the 'Precariat', those people who are happy to be who they are, who don't seek the next promotion or a bigger house, those people who want an honest job and who just want to have some fun with friends and family. 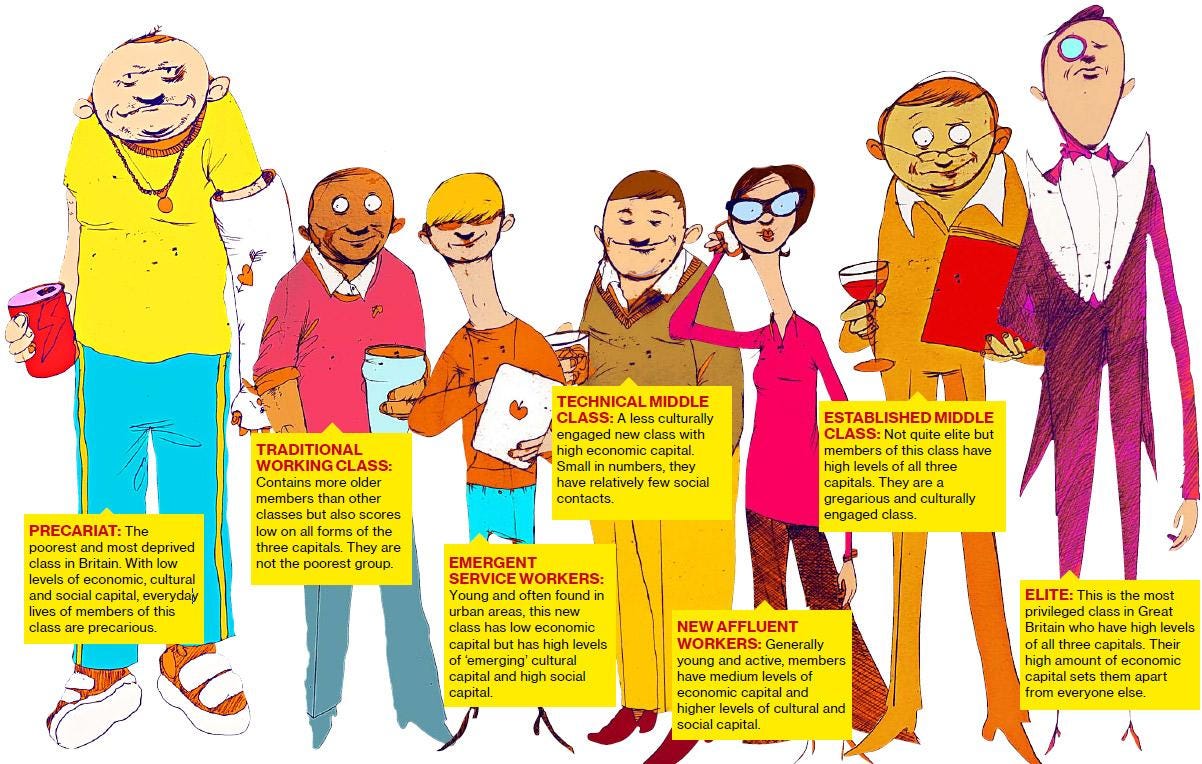 N.b. I've changed the town in the first paragraph. Originally it said Ilkley but I have been informed that this is a rich North Yorkshire town. I have replaced it with Thanet which I'm quite sure has a high working class element and certain a large Brexit vote.