Electoral fraud is embedded in

Hot on the heels of Labour's and Tories attempts to destroy the democratic representation on the London Assembly by scrapping the PR system, the Tory government looks set to trial voter ID at polling stations which has the potential to disenfranchise people without passports or drivers licences, mainly poorer people. 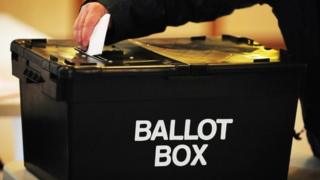 Showing ID at the polling station may sound like a sensible idea to combat electoral fraud and indeed it is, however doing it in a way that disenfranchises specific groups of people, such as those who don't drive or don't have passports, is an even worse type of electoral fraud that the one it is trying to fix. Of course those people who don't drive and don't fly - they might just be Green voters too.

If the government want to get serious about tackling electoral fraud then perhaps they should start to think carefully about how much is spent in constituencies, especially marginal ones. The police investigations have gone very quiet - I assume they are continuing?

And the biggest electoral fraud? The refusal of the political elite to bring proportional representation to the UK thereby ensuring that millions of people have no representation in government. Disenfranchisement was fought against by the Chartists and Suffragettes, yet here at the end of 2016 the vast majority of people are represented by an MP that they didn't vote for. That is real electoral fraud.