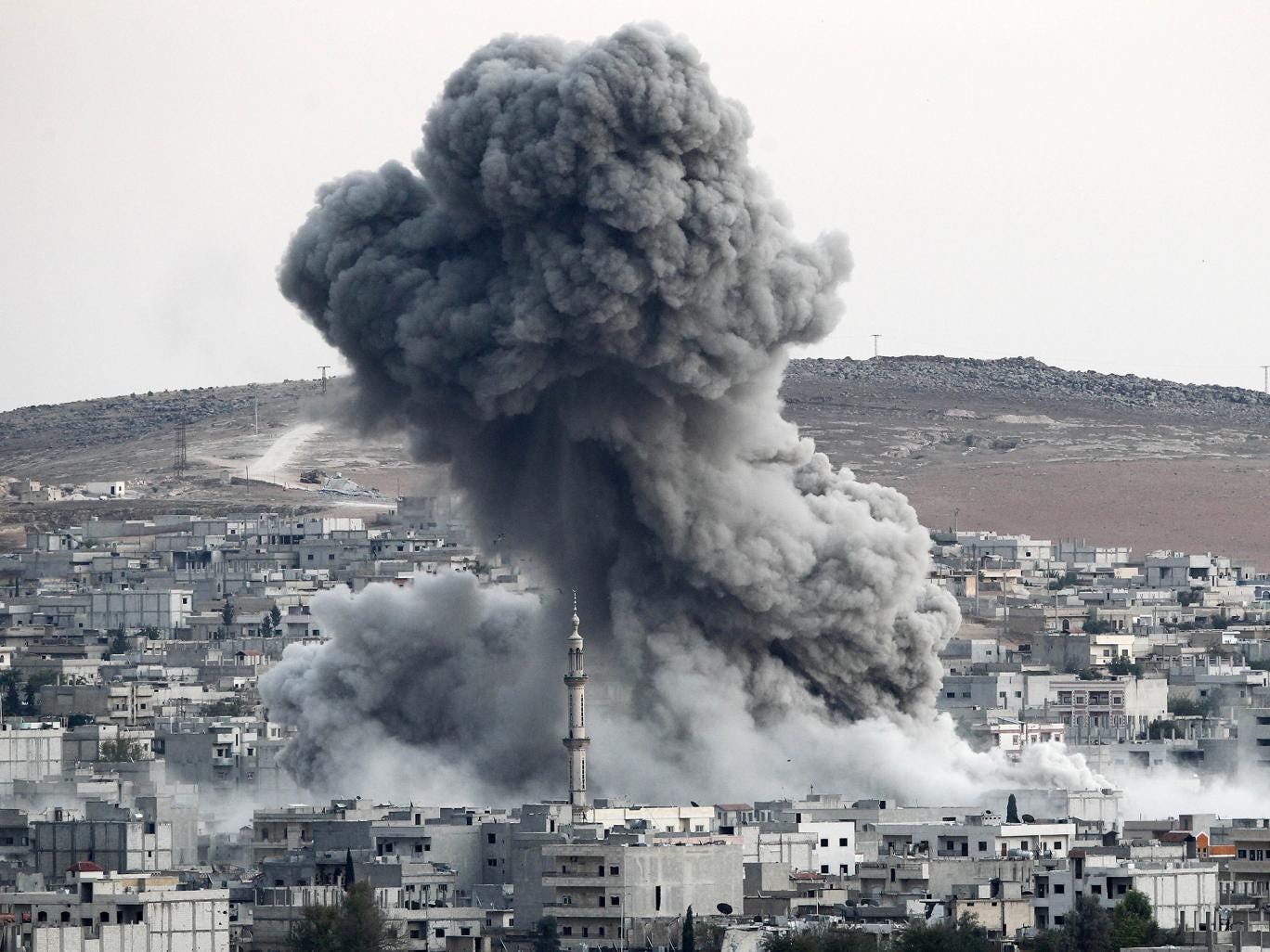 There are few more destructive and pointless acts than will be proposed and agreed on by Parliament today. The farcical debate which will see bloodthirsty MPs calling for this country to bomb Syria has only been called now that Cameron is certain to win the vote - could someone explain how that is democratic or reasonable?

Of course what is happening is Syria is appalling but we should be working to de-escalate the violence not add to it. There is no evidence that the bombing will improve the situation there, indeed it can only worsen it and decrease the likelihood of a political solution. Caroline Lucas has set out the arguments against bombing very clearly here.

Not that it will do much good if you have a line-towing Tory MP like I have, but it is still important to lobby your MP today. This is the short note that I will sent:

I am urging you to vote against bombing Syria today, to do so would be a pointless act of violence and will further damage any change of an early political solution to the atrocities. History has shown that you cannot foster peace while showing aggression.

UK bombing will fuel the growing 'crusader' narrative in the region. You will hopefully be aware that Jordan, Bahrain, Saudi Arabia and the UAE has withdrawn from bombing while the West is increasing ours. It is hard to imagine an easier message to fuel more violence either inside or outside of Syria.

Your government should increase its efforts to find a political and diplomatic solution to the crisis and it should stop the sale of arms to the Middle East.

I hold out little hope that you will heed my request and fully expect the deaths of many more people than necessary to be on your hands should you follow the line of the warmongers.