Sometimes I'm not proud to be British, times such as this when the UK population is revealed to have the second worst attitude to climate change in the world: 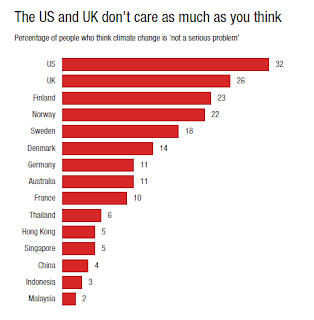 We have one of the most polluting lifestyles in the world yet it is one that people are unwilling to change which probably explains the blindness that some have to the problems that the Earth faces.