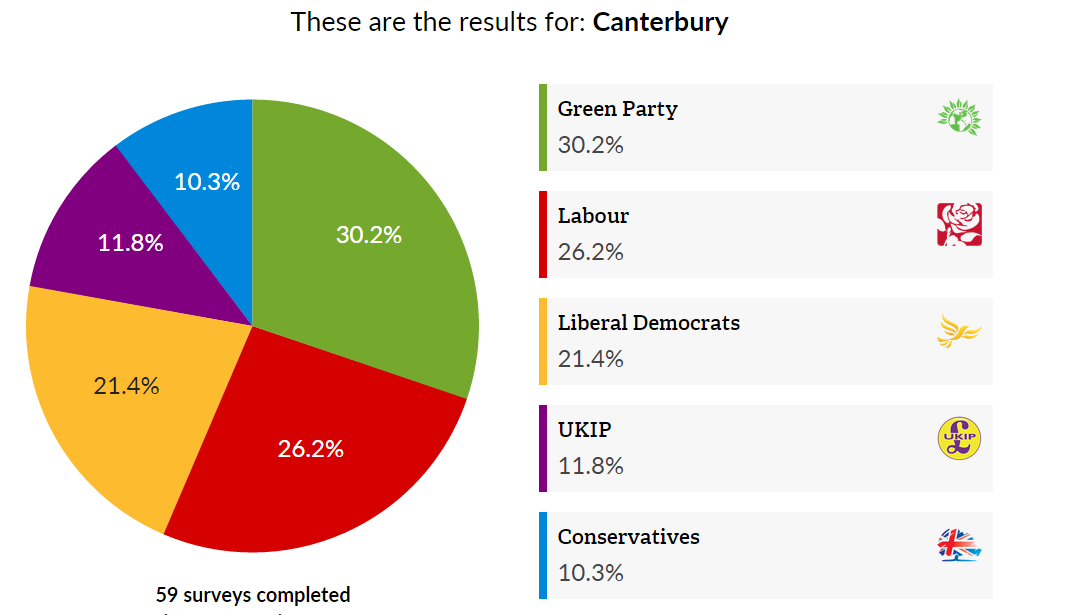 If people voted for the party with the best policies, the Green Party would win in Canterbury and would be in government according to the new Vote for Policies survey.

The 2015 survey was launched this week and already over 17,000 people across the country have completed the survey with 28% of them choosing the Green Party, putting us firmly in first place. Almost identical results were shown in the 2010 survey of 600,000 people where 27.8% chose Green putting us as the top party.

In Canterbury, 59 people have done the survey so far and over 30% have chosen the Green Party. In the 2010 survey, of almost 1700 people in the Canterbury constituency, 30% chose Green.

What this really shows is the damage that our archaic voting system combined with corporate influence has done to our politics. The current system is squalid. Parties call for tactic voting against the locally hated party rather than putting a proper debate on policy forward.