Last night I lost my temper on TV. Despite reading about UKIP's appalling stance on breastfeeding last week, to hear the local UKIP PPC Jim Gascoyne repeat that women should not be allowed to breastfeed their children when and where they need to is, frankly, despicable. He went on to suggest that businesses should be able to discriminate again women and that women shouldn't "bare their breasts in public".

I am frankly horrified that someone standing for office can put such views across but then UKIP's dislike of women seems to run quite deep. A few months back UKIP Canterbury agreed with their MEP's decision not to fund additional support to reduce violence against women: 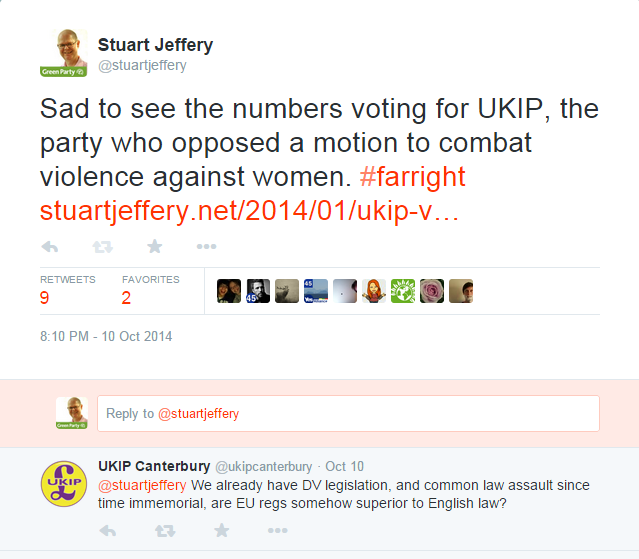 Their attitude towards women is appalling and must be challenged,