A Green view on immigration 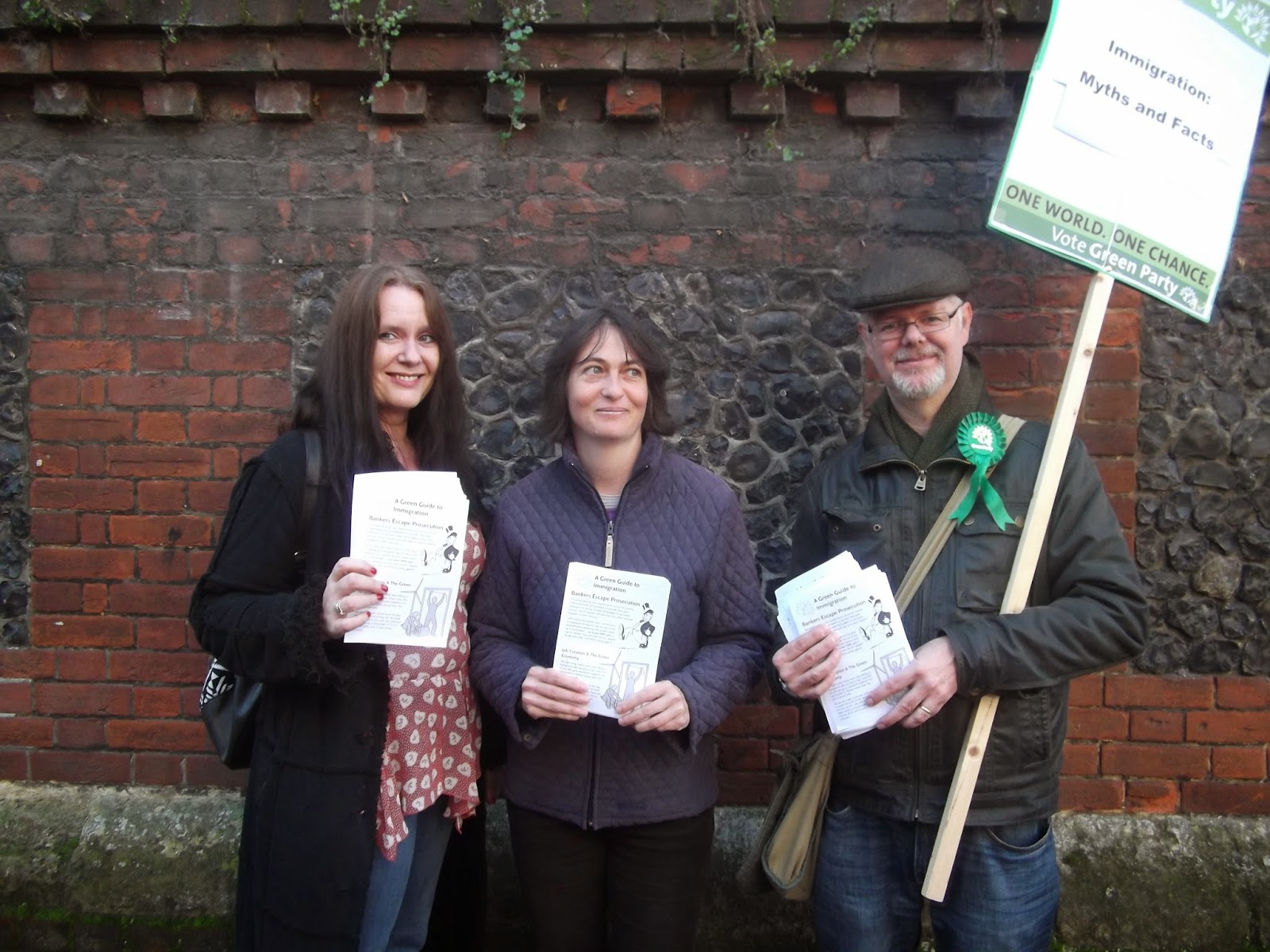 While Labour campaigners were being told to keep quiet on immigration, we have been out on the streets putting an alternative message to voters.

Far from being a toxic subject ruled by UKIP, our positive message to people across Canterbury and Whitstable has been welcomed almost universally.

We were on High Streets handing out leaflets explaining that the immigrants did not cause the banking crisis, the austerity measures and falling wages. These were caused by bankers and politician.

We explained that around 2 million Brits live in Europe and that a similar number to EU citizens live and work in the UK. People agreed with us that it was good that British people can live and work abroad.