A call to Barclays to disinvest in arms companies 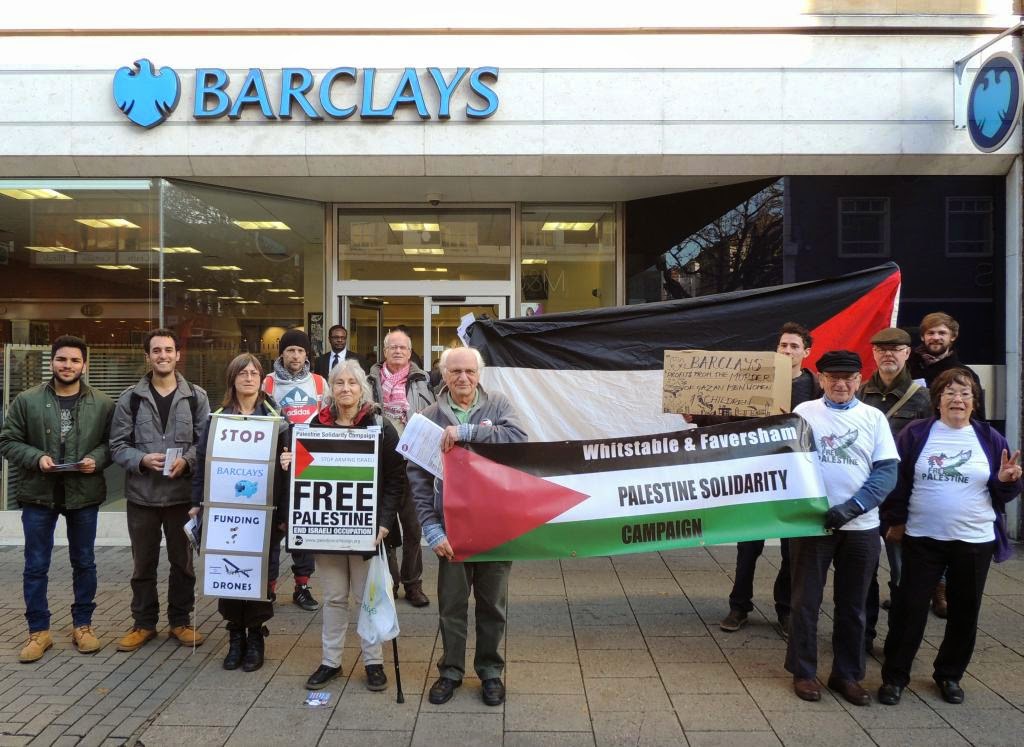 On Saturday, between leafleting Whitstable and Canterbury High Streets, I protested with the local Campaign Against Arms Trade group outside Barclays in Canterbury. This was part of a national day of action to call on them to withdraw their investment in the arms trade and specifically their investment in companies that are arming Israel with drones.

Barclays are a named investor in Elbit Systems with $2.9m of shares (50,000 as at 28/11/14 according to NASDAQ). Elbit make the drones used by Israel against the Palestinians, killing more that 1000 of them between 2000 and 2010. 1.8 million people have signed a petition calling on Barclays to divest themselves of these shares.

Local CAAT activists demonstrated with support from the Whitstable and Faversham Palestine Solidarity Campaign outside Barclays in Canterbury on Saturday, handing out leaflets and asking people to sign a petition. The response from people was overwhelmingly positive and I was proud to help out and support this campaign.