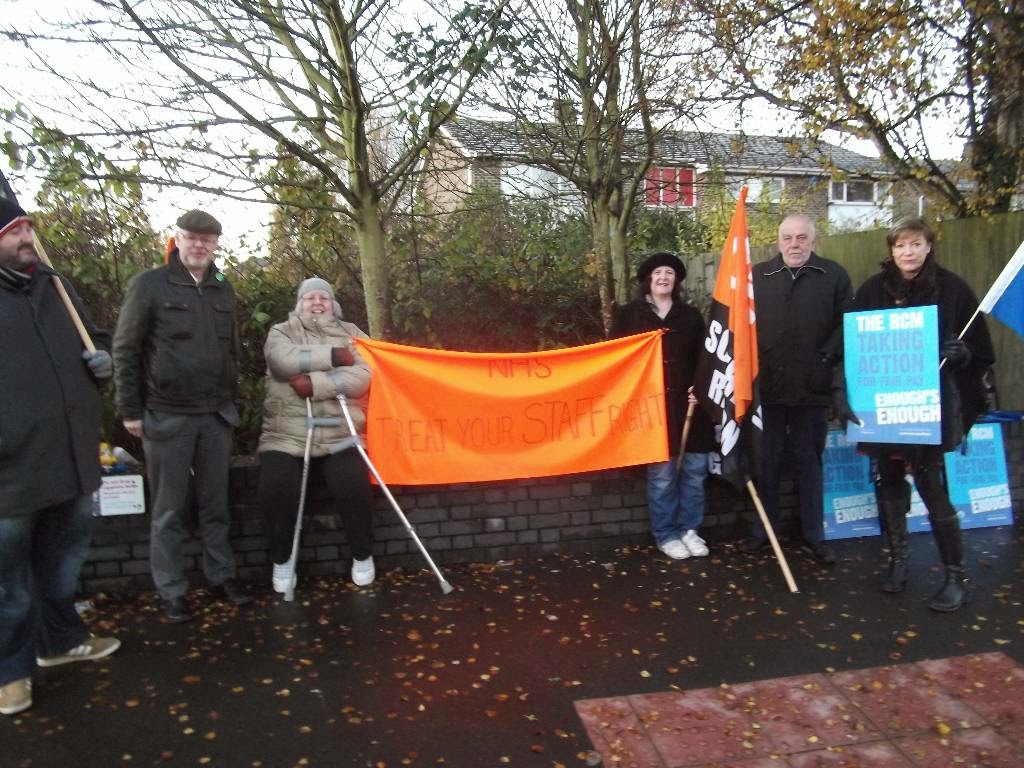 Yesterday I was proud to stand alongside strikers and fellow NHS staff against this government's ridiculous stance on NHS pay. This is the only independent pay review that has been rejected by government and one that helps people doing some of the most important work in the country.
The fact that the government accepted its own recommendations for a 9% pay rise for MPs simply rubs salt into the wounds.


The NHS strikers have my full support and I will continue to fight this government's austerity measures which are a simply an assault on the lower paid and poorer members of our society.
Posted by Stuart Jeffery at 20:13