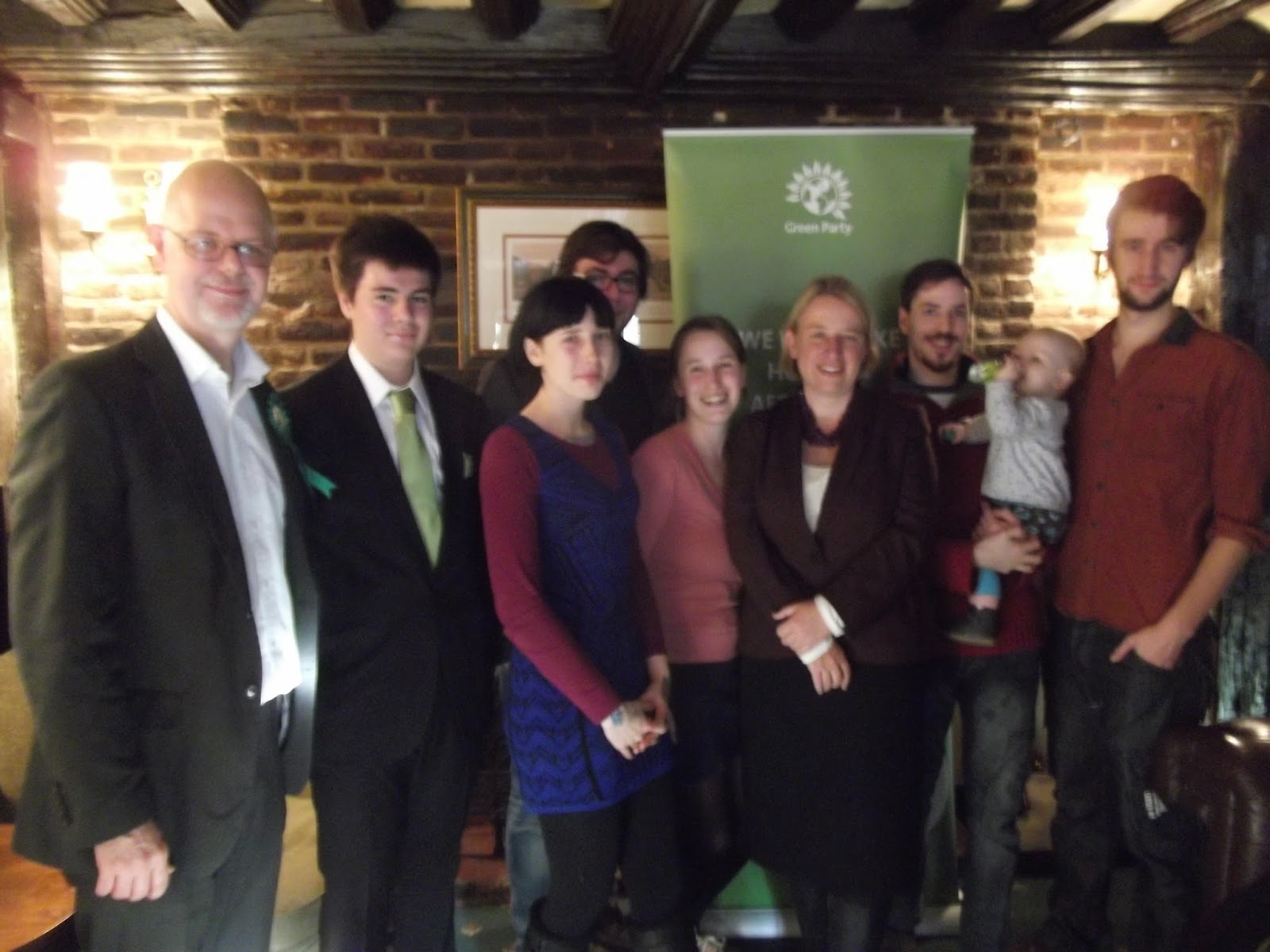 My speech at the Canterbury and Whitstable parliamentary campaign launch with Natalie Bennett today. Around 40 people attended the luchtime event which followed a talk with students at UKC in the morning.

Stuart Jeffery: Firstly, a huge thank you to you all for being here and a special thanks to Natalie for launching our campaign.

In five and a half months we will be part of the most exciting election that I have ever known. Here in Canterbury we have the chance to elect me as Kent’s first Green MP.

There are basically two things that need to be in play to get elected.

Firstly, and most importantly in our archaic, Victorian electoral system, voters need to know that we can win here.

In Canterbury and Whitstable, we have a convincing narrative. In this year’s European parliamentary elections we achieved 14% of the vote in the constituency and a huge 18% in Canterbury itself.

This was far ahead of the Lib Dem and neck and neck with Labour. Labour are not targeting Canterbury, the constituency doesn’t appear on their target list.

But EU result was before the surge. In April, YouGov has us on 2 or 3% in their General Election polling. This week we hit 8% and have been pushing the Lib Dems into fifth place. Our membership has rise by 90% nationally this year and has tripled here in Canterbury since 2010. There is a national Green Surge which will help us get across the line here.

In 2010, the Lib Dems did well in Canterbury and reading their literature you would think that nothing had happened since then. They don’t seem to have realised that the student vote they courted 5 years ago seems to have evaporated in a puff of lies – especially important in a city full of students. They have crashed in the polls and the public have not forgiven them for showing their Tory-lite colours.

So we have a convincing narrative that says we can win here, but we have to let people hear it. Two weeks ago I launched a crowdfunding initiative to raise money for a Green newspaper for every home in the constituency. Within a week, I had hit my target of £1000. I not only have enough to get these printed, but I have money left over to pay for deliveries in the harder to reach parts. A massive thank you to everyone who donated!

OK, so the other thing we need to do to win is to be more popular than the incumbent MP, Julian Frasier the minister for army reservists. Being more popular involves a level of person support, turning up and standing up for local people – that’s the easy bit.

Having ideas and policies that are popular with people is more difficult...

Whether it is holding the bankers to account for the fall in living standards since 2008 rather than the immigrants or...

our policies have been shown repeatedly to be the most sensible and most popular with the public.

So, we can win and we will win. Next year, Canterbury and Whitstable will have a Green MP one who puts people and the planet at the heart of his politics.

Finally can you raise your glasses to thank Natalie for coming down today, to Clive Gregory in the Rochester by-election today, and of course to a Green win here in May next year! 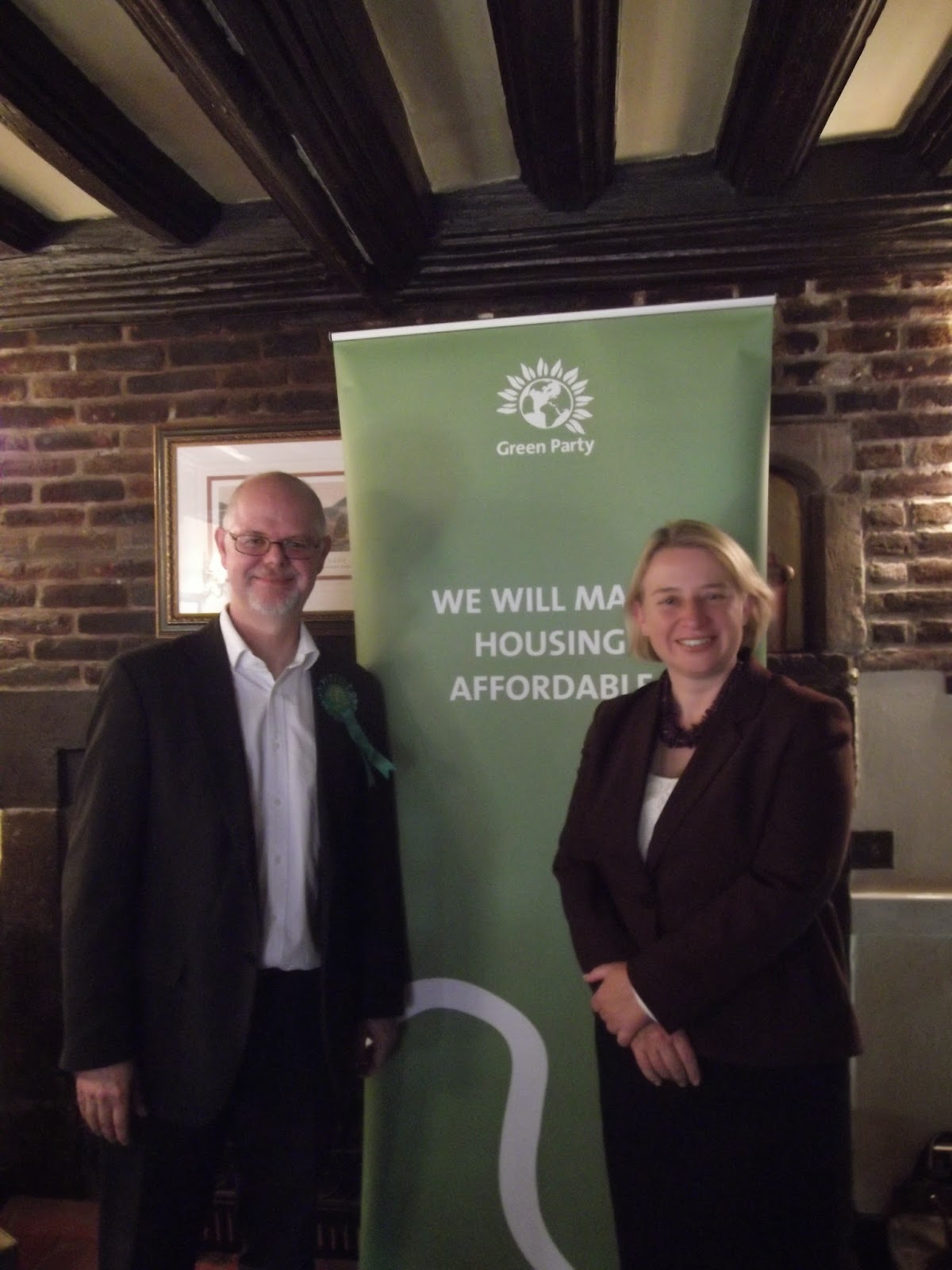 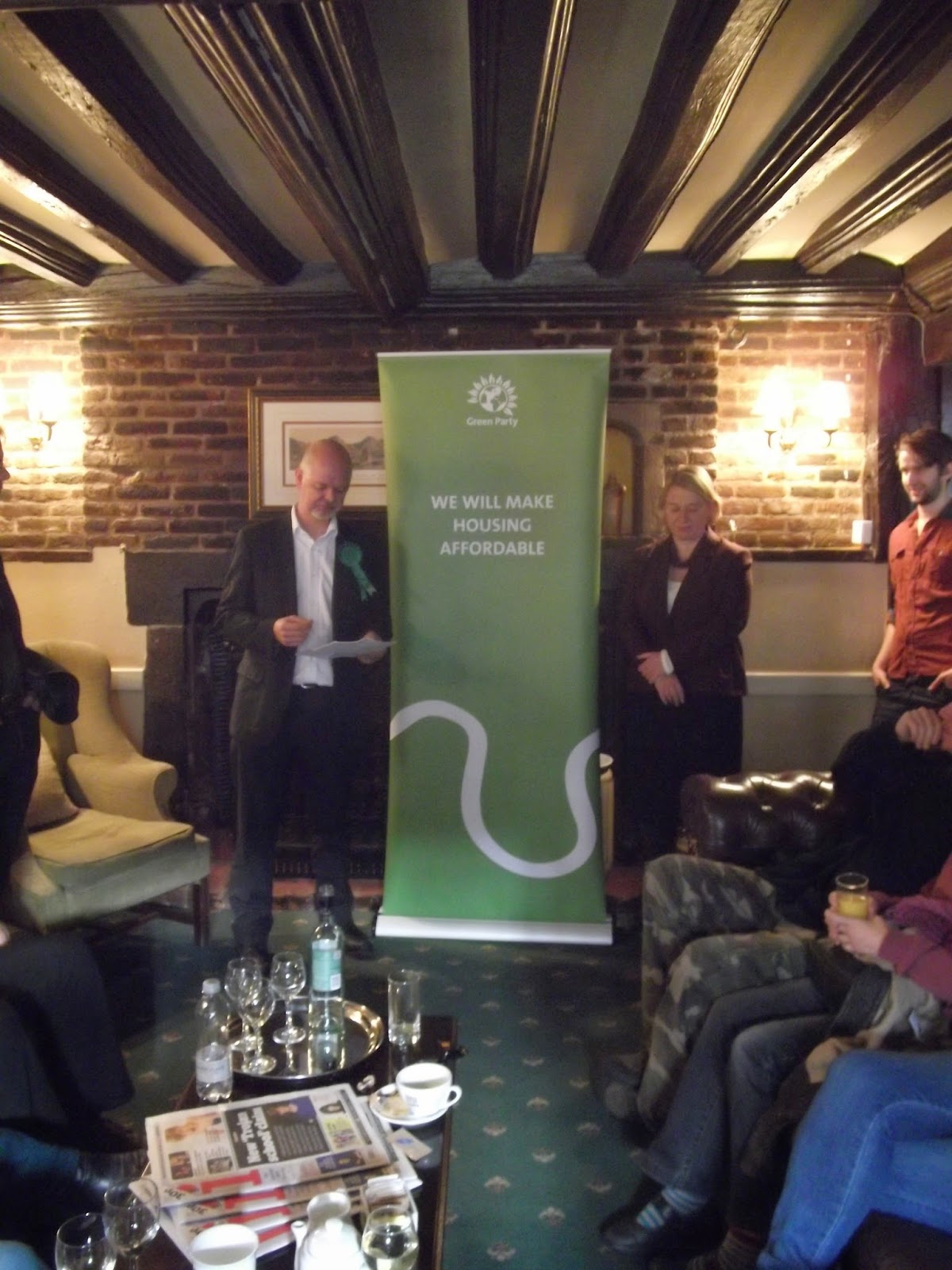 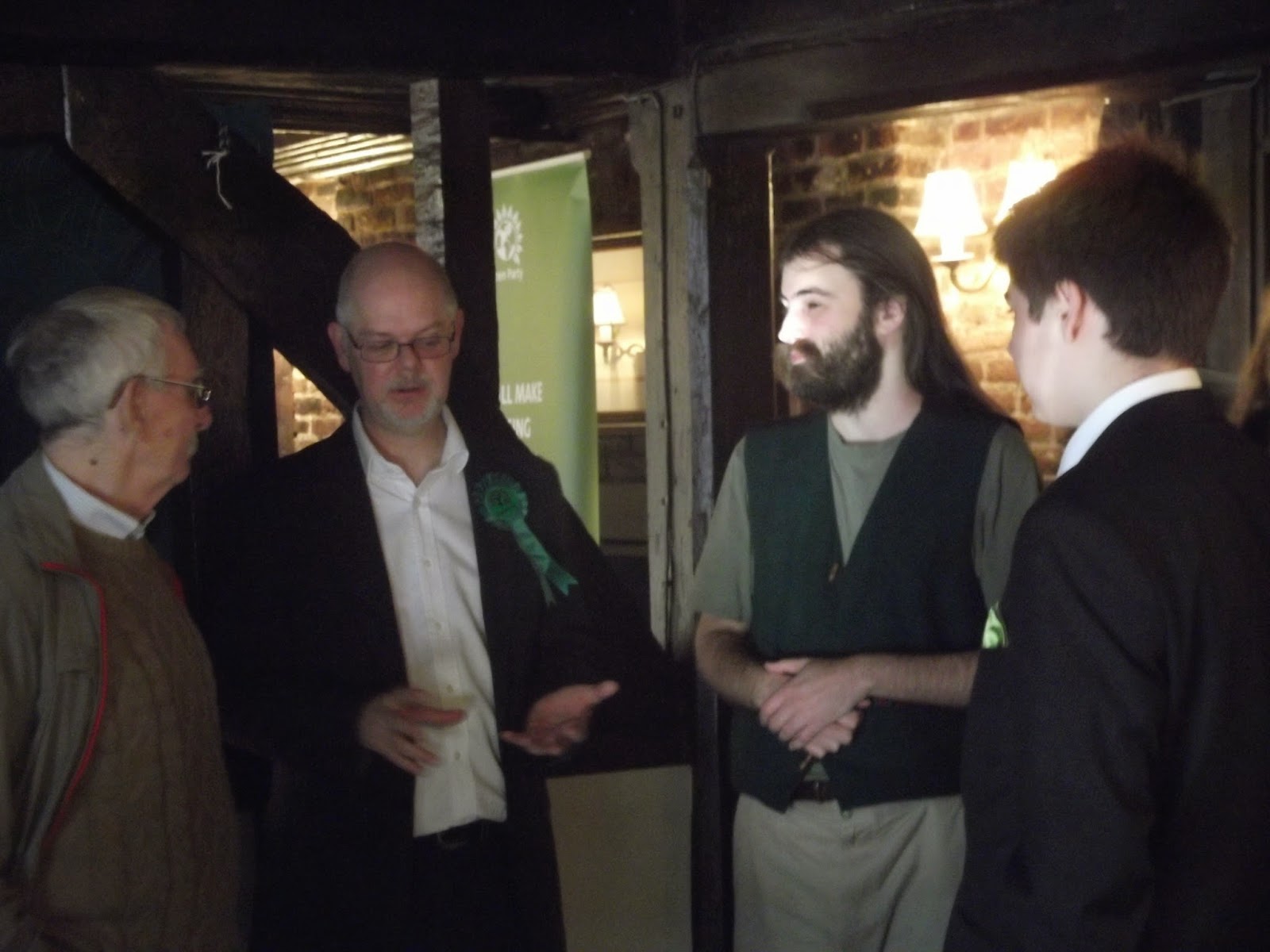 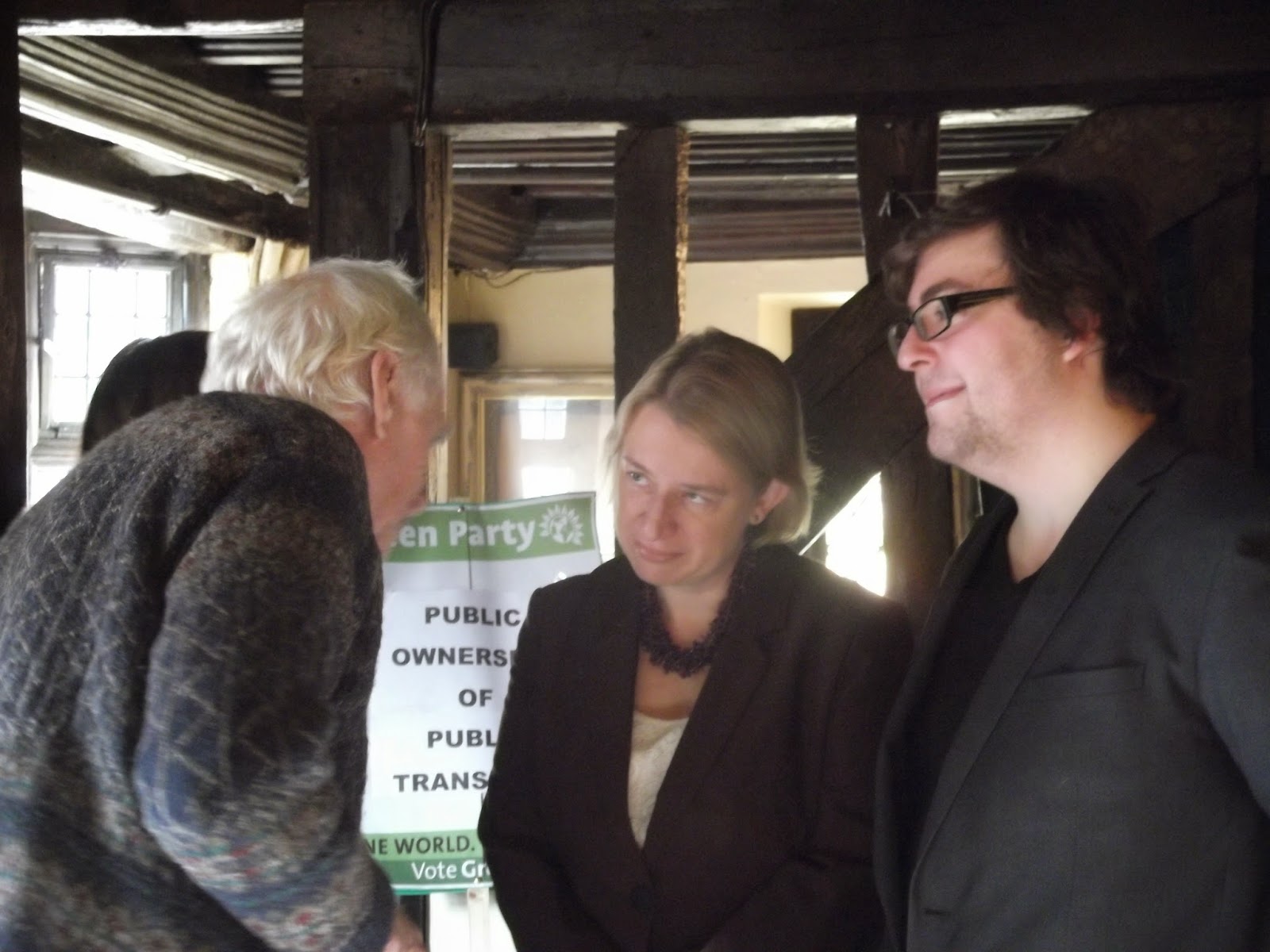 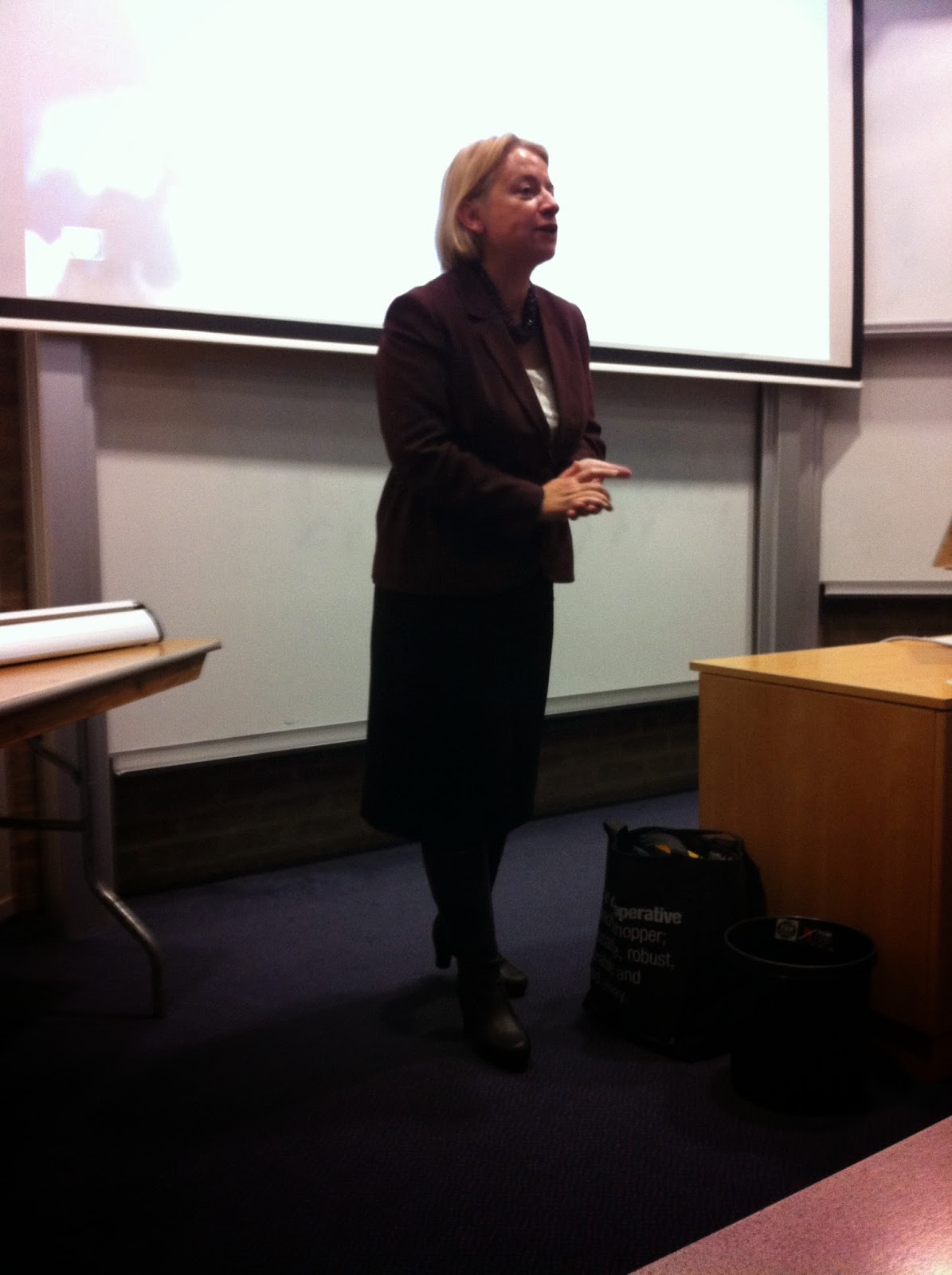