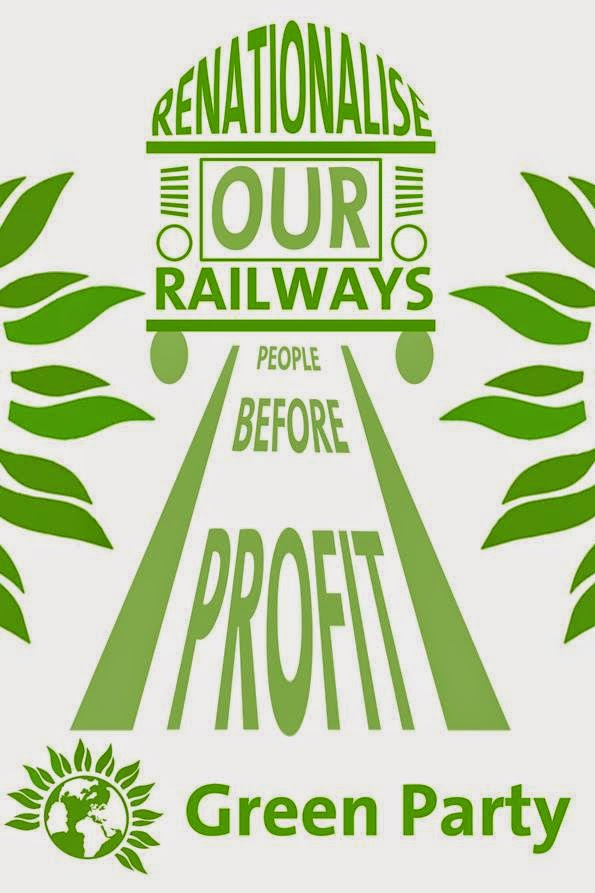 Yesterday's protests at the 3.5% average rail fare, such as this one in Whitstable where the rise is likely to cost a commuter a further £160 per year on top of the current £4500 ticket, are welcome in the face of yet another demonstration of successive governments attacks on public transport and their continuing love affair with the car.

The East Coast Mainline was brought under public ownership in 2009 and is popular and cheap while making a profit for the government. Obviously, the Lib Dems and Tories don't think this should continue.

The Green Party are the only political party that is calling for the renationalisation of our public transport. We are the only party standing up for the people against the profiteers.
Posted by Stuart Jeffery at 06:51