Protestor in Whistable has poster confiscated 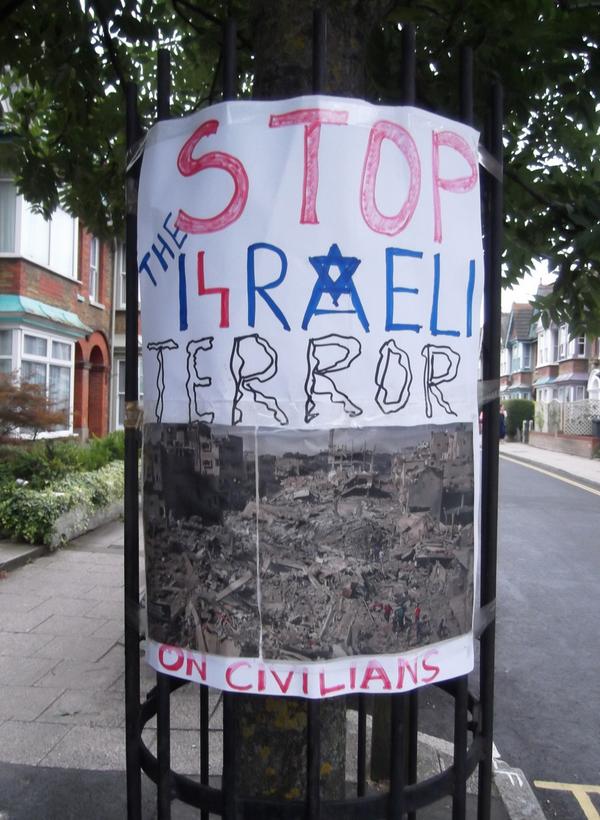 I was saddened to learn that the police have confiscated a poster from Julie Wassmer, a campaigner in Whitstable, which said "Stop the Israeli Terror on Civilians" on the basis of it being anti-semitic. I'm far from being an expert on anti-semitism but I cannot see how criticism of Israel's actions against the people of Gaza can be considered as such when Israel have killed over 1000 Palestinians in recent days and have bombed a school full of refugees.

While I'm sure that the poster could be removed on other grounds, such as being fixed to public railings, I think the reason given by the police is unhelpful and I hope that it does not spell a return to historic clampdowns on peaceful protests.

I have written to Ann Barnes to ask her to consider the actions of her officers.

We must use every peaceful means to help bring an end to the violence (on both sides) and we must help the Palestinian people recover from this awful onslaught.
Posted by Stuart Jeffery at 07:23

Typical coppers, not a brain cell between them.

It's the Israelis that are anti-semites in this case; a semite being a native of the region, which the Gazans are and the Israeli government most definitely are not.