Maidstone to see increase in cars with gyratory changes 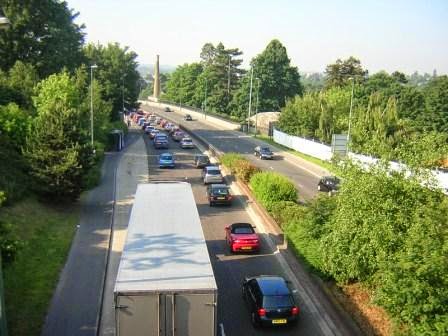 Maidstone is to get £13m to increase traffic on its roads, including £5m for a change to the gyratory system. This is cash for more roads and more traffic. While the changes will probably reduce congestion for a few years, there will be an increase the flow of cars and it will encourage more people to travel by car. With an estimated 75 people dying in Maidstone each year because of pollution from vehicles, we need fewer cars not more.

According to government figures estimated 75 people are dying prematurely each year in Maidstone due to air pollution from vehicles. Why this hasn't triggered a huge outcry and immediate action is beyond me, but urgent action is exactly what is needed.

Sadly the opposite is happening. While the A229 to the south of Maidstone suffers with very heavy traffic, the announcement of the revamp of the gyratory means the amount of traffic will increase further.

The council needs to invest in alternatives to travel by car. I want to see a full bus lane from the Wheatsheaf to the town centre to ensure that buses are the quickest way to get into town to encourage their use. We also need a proper cycling infrastructure, especially since KCC agreed to the removal of the only cycle lane across the river.

And what about spending the money on 20mph limits?

I am hoping the same best effort from you in the future as well. In fact your creative writing skills has inspired me.
used cars austin

Always so interesting to visit your site.What a great info, thank you for sharing. this will help me so much in my learning Leaky gut syndrome