Caroline and Co: Not Guilty! 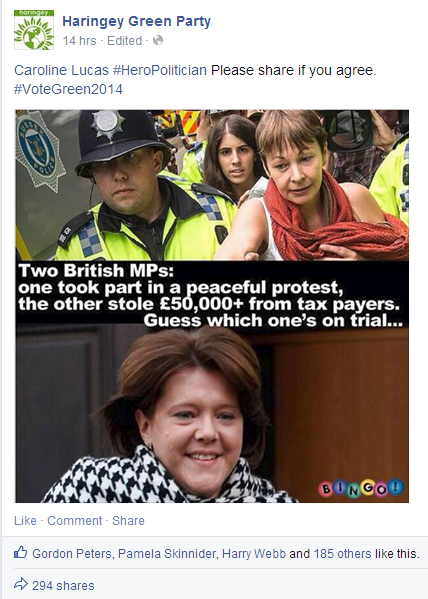 Really great news that Caroline Lucas and the four co-defendants were found not guilty of obstructing a public highway during the fracking protests in Balcolme. Comment here from Caroline.

Peaceful protest is a core part of democracy yet the police sometimes seem to think differently, ignoring the protestors rights to demonstrate and falsely prosecuting them.

One of our North West Euro candidates, Laura Bannister, was arrested last December in protests in Salford as part of the demonstrations against the Barton Moss drilling.

During the trial, the IPCC released their most devastating assessment of climate change so far. Drilling for more fossil fuels is what has put the planet in such peril. It must not be allowed to happen.

My congratulations to Caroline, Laura and everyone involved in protests against fracking. Keep up the good work.
Posted by Stuart Jeffery at 07:30