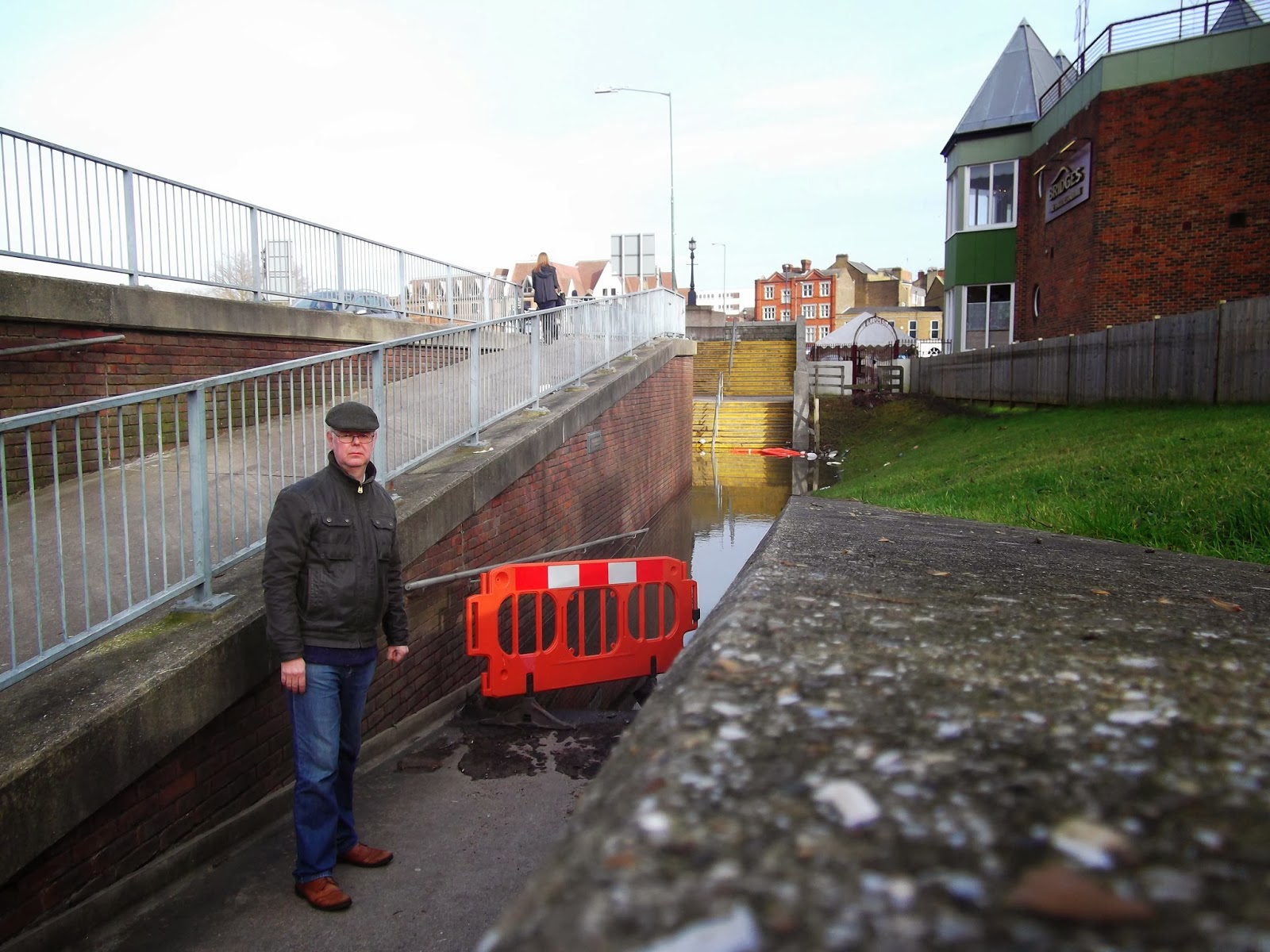 I've two radio interviews today about Maidstone's flooded subways. Standing by the bridges this morning there was a steady stream of people crossing the six lanes of traffic because they can't use the subways. Added to this is the problem cyclists face with their blocked subway - they are either having to cycle on the dual carriageway or walk around the gyratory.

The response from the Cllr Brazier was that the river has only just become low enough to pump the water out. Sorry, its been low enough for weeks.

A whole month since they were flooded. KCC quickly sorted the roads - can't have drivers disadvantaged. Pedestrians / cyclists: there was clearly no plan to sort out the subways until I made a fuss.
Posted by Stuart Jeffery at 16:26