Of all the shite that has come out of this government this week, specifically the MP's pay and the privatisation of the Royal Mail, Eric Pickles giving the go-ahead to destroy Oaken Wood, 31 hectares of ancient woodland in Maidstone for the sake of stone to build roads with, takes some beating. 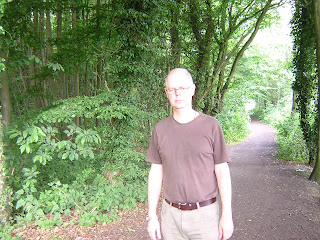 And if another Lib Dem tells me how they are keeping the Tories in check I may not be responsible for what I say to them in reply. The Lib Dems are more culpable that their puppet master Tories for the atrocities that are coming out of this government.

The Woodland Trust have stated: "This is a landmark decision, but for all the wrong reasons. This so-called 'greenest Government ever' stated that the new National Planning Policy Framework1 would give sufficient protection to irreplaceable habitats such as ancient woodland. It clearly does not.

The Save Oaken Wood campaign fought a good battle to save the woodland and I only hope that there is scope for a judicial review to overturn this pathetic and short sighted decision.
Posted by Stuart Jeffery at 19:28

Email ThisBlogThis!Share to TwitterShare to FacebookShare to Pinterest
Labels: environment