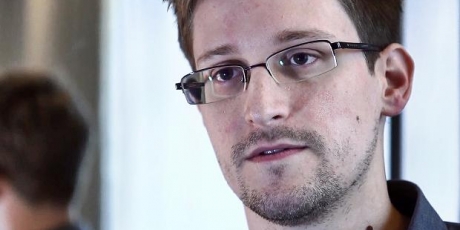 We call on you to ensure that whistleblower Edward Snowden is treated fairly, humanely and given due
process. The PRISM program is one of the greatest violations of privacy ever committed by a government. We demand that you terminate it immediately, and that Edward Snowden be recognized as a whistleblower acting in the public interest -- not as a dangerous criminal.

This 29 year-old analyst just gave up his whole life -- his girlfriend, his job, and his home -- to blow the whistle on the US government's shocking PRISM program -- which has been reading and recording our emails, Skype messages, Facebook posts and phone calls for years.

When Bradley Manning passed this kind of data to Wikileaks, the US threw him naked into solitary confinement in conditions that the UN called "cruel, inhumane and degrading".

The authorities and press are deciding right now how to handle this scandal. If millions of us stand with Edward in the next 48 hours, it will send a powerful statement that he should be treated like the brave whistleblower that he is, and it should be PRISM, and not Edward, that the US cracks down on.
Posted by Stuart Jeffery at 06:55