KCC has a "Bee Pollinator Action Plan" after a successful campaign by our Green Cllr on KCC, Martin Whybrow. Sadly they continue to use glyphosate to spray on our roads, they don't leave all the verges to wildflowers and they clearly need to put some more effort in to support bees in Kent.
Sign the petition here: https://www.change.org/p/kent-county-council-kent-county-council-stop-using-glyphosate

There is a "Bee Happy in Kent" Facebook group too!

As well as killing off the flowers that bees live on, glyphosate makes bees more susceptible to infections. See https://www.theguardian.com/environment/2018/sep/24/monsanto-weedkiller-harms-bees-research-finds

This is KCC's Bee Pollinator Action Plan: https://www.kent.gov.uk/__data/assets/pdf_file/0018/103905/Kents-Plan-Bee.pdf and this is their statement on glyphosate. They are clearly at odds!
https://www.kent.gov.uk/roads-and-travel/what-we-look-after/soft-landscape-maintenance/weeds#tab-1,2,3,4,5
Posted by Stuart Jeffery at 16:01 No comments: Links to this post

It has been described as an invisible killer. We obviously need air to breathe but when that air is polluted then it impacts on our health. A Lancet study shows that 8% of UK deaths are attributable to pollution equating to 50,000 people each year or 140 every day .
And it doesn’t seem to just be a long term contributor to early mortality. A study by Kings College London on just nine cities showed that high pollution days triggered an additional 124 cardiac arrests, 231 strokes and 193 admissions for childhood asthma.
Air pollution has been linked to cardiac disease, strokes, respiratory disease, lung cancer, low birth weight, lower IQ , kidney disease , ADHD , and potentially every organ in the body . The WHO estimates around 8 million deaths worldwide as a result of air pollution.
It is one of the biggest killers.
The statistics are frightening.
In 2019 Sir Simon Stevens, chief executive of NHS England said: “This is a health emergency. As these figures show, air pollution is now causing thousands of strokes, cardiac arrests and asthma attacks.”
According to the UK government, the “cost of health impacts of air pollution was likely to exceed estimates of £8 to 20 billion” . There is even a government committee that studies the health impacts, COMEAP.
Outside of the UK the National Academies of Sciences and Medicine of South Africa, Brazil, Germany and the United States of America are calling for a “Global Compact” – a call to action, to tackle air pollution .
To give some specifics, the Kings College London study highlighted:
Posted by Stuart Jeffery at 09:02 No comments: Links to this post

Planet of the Humans

Ok, I plucked up courage and watched the Planet of the Humans finally and I really wish I hadn't.

The core message of the film, that capitalism and humans are destroying the planet, that consumption cannot go on increasing but has to reduce is completely undermined by the selective and out of date facts. It is almost as if the film was designed to discredit the green movement.

Very sad. In fact the only part of the film that made me smile was the suggestion that Al Gore and David Blood's company should have been called Blood and Gore.

The film criticises an early solar festival for failing to generate all of its own electricity. That was a tough call in 2001, solar was far less advanced. There is at least one festival that has done this properly for quite a long time so why not use that one to show that it's possible?

They feature a football pitch sized solar farm (about 1 hectare) and say that it can only support 10 homes. Clearly they are using very old technology as modern solar farms seem to produce around 500kw per hectare enough for about 100 households.

The film's criticism of biofuels is good but it uses opinions from campaigners that were made many years ago and that have changed, i.e. it is seeking to undermine green campaigners.

It claims that solar panels last 10 years. They don't, they last 25 years. It says EV batteries last  two years, they don't they last up to 8. Not that they are much better in long term sustainability!


Posted by Stuart Jeffery at 19:09 No comments: Links to this post

Earlier this week I was interviewed on KMTV about air pollution during the lockdown but we got onto holidays and flying. What did I think about people returning to having holidays abroad? My answer was that in the face of climate change, flying to any holiday destination is completely bonkers.

Firstly with climate change and air pollution killing far more people than covid, why are we allowing any unnecessary flights at all? Ever again?

Virgin and BA are reducing their capacity and cutting jobs (my sympathies with those who are losing their jobs - a decent government would be investing in green and sustainable industries for you to work in). I hope that we move from governments wanting airport expansion to wanting airport contraction but I know that is just a pipe dream.

I was astounded to learn that 15,000 people a day are arriving by plane every day during this lockdown; and they are not screened. This seemed a staggering number to me, even high for non-covid times. My knowledge of the number of passengers was clearly out of line by a few orders of magnitude...

The business as usual number of air passengers pre-covid for the UK was around 300 million - that is almost a million people flying in, out or around the UK every day as well as being almost five flights a year for every person in the UK.

Excuse me for thinking the world has gone stark raving mad.

Posted by Stuart Jeffery at 09:08 No comments: Links to this post

My objection to planning application  20/501773/FULL for 187 houses on a greenfield site on Hermitage Lane. Please add you thoughts here: https://pa.midkent.gov.uk/online-applications/applicationDetails.do?activeTab=makeComment&keyVal=Q9588DTYKV800

This is the wrong type of housing in the wrong place.

Our need for local farm land will continue to increase in the future. By building on it now you are compromising the ability of future generations to meet their own needs. This is simply not sustainable.

On a more basic level the houses do not appear to be small and affordable which are the ones that are needed, they are being built with garages whereas the future is one without cars being the dominant form of transport, it is out of town and therefore away from jobs, major infrastructure and transport links.

Air pollution is killing at least 70 people in Maidstone each year, this development is car based and will increase this death toll.

Being an out of town, car based development, this plan contravenes the council's declaration of climate emergency.

Finally, Hermitage Lane cannot support the current level of traffic. This will increase air pollution and carbon emissions for the town. 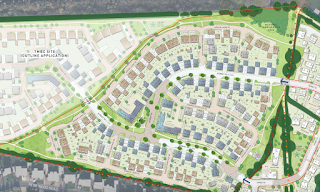 Posted by Stuart Jeffery at 10:04 No comments: Links to this post

This afternoon Maidstone Borough Council decided to plough ahead with proposals for 5000 houses on farm land and countryside next to Lenham. The agreed to "continue to pursue a Council-led Garden Community in the target location with a view to acting as master-developer."

Councillors from four groups, Lib Dems, Conservatives, Labour and the independent group (not Cllrs Sams and Sams who spoke against the plans but did not have a vote), supported the motion.


The team from Save Our Heath Lands and Cllrs Tom and Janetta Sams spoke brilliantly but were ignored by the councillors on the committee.

This was a frustrating meeting and I will be doing all that I can to support the Save Our Heath Lands campaign. 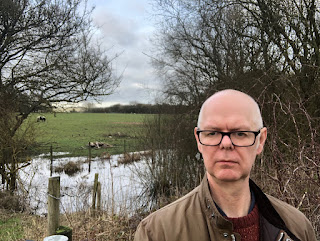 Posted by Stuart Jeffery at 16:52 No comments: Links to this post

Just wanted to put out a huge thank you to all the key workers who after over a month of crisis are still working their socks off to keep us safe. That thank you is not just to my friends in the NHS, but to the shop workers, the farm workers, the delivery drivers, the milkmen and post men, the police, the fire brigade, the plumbers, the roofers, and everyone who is working: you are all heroes, thank you.

Also, I want to say thank you to those who are staying inside, socially distancing yourselves. You too are heroes, you are stopping the wildfire spread of the disease, flattening the curve and giving the NHS the headroom to treat people.

Finally, please virtually check in on your friends, neighbours and family. People may be struggling for a wide variety of reasons.

Posted by Stuart Jeffery at 15:31 No comments: Links to this post